The Oscars isn’t just about the nominations, names and trophies, it’s about  the gowns and designers too. Here, we pick this year’s  best  gowns on the red carpet. muted but elegant as can be


Amanda is one of my personal favorites. It seems like at each and every awards night she attended, she got a new look and a unique style to show off.  Last night, Amanda wore a stunning floor-length, haltered Alexander McQueen gown partnered with Roger Vivier shoes and elegant Lorraine Schwartz jewels. Though many would say the dress, in mute colors could have been better in another color, she pulled it off nicely too.

Halle Berry is oozing hot at the red carpet.  Her black and silver-sequined, vertically-striped Versace dress looks so nicely fit,  it complemented her skin tone so well. The stripes emphasized her sexy hourglass figure that made her  a complete stunner. Halle completed her look with her signature messy hairstyle and black colored earrings. 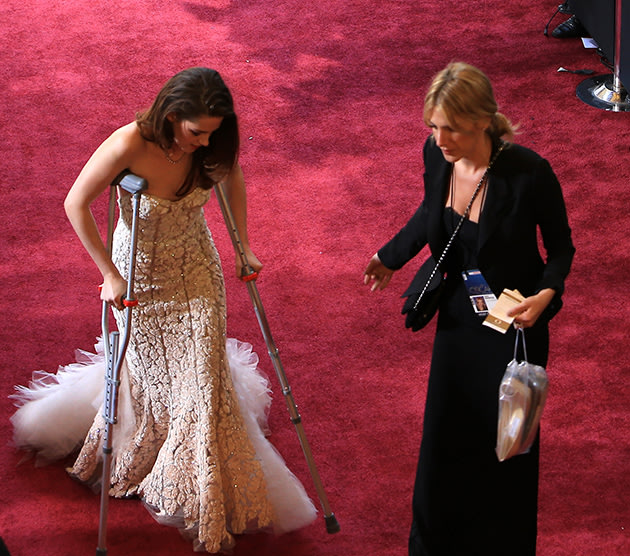 not the best accessory…

Despite an injury and painful walking down the red carpet in a pair of crutches, Kristen Stewart still manages to climb up this list. The Twilight series actress beautifully wore a Reem Acra Couture design dress.  The cream colored gown is designed with flurries of tulle that goes along with intricate embellishment. She completed her red carpet outfit with one Jimmy Choo and a Bloch shoe on the other ^_^ and Fred Leighton jewels. For her bravery and will to walk the red carpet,  Kristen deserves a good spot on any list of this year’s best dressed at the Oscars.

Jessica Chastain walked down the red carpet with her boyfriend Gian Luca Passi de Preposulo. Jessica showed her elegantly made nude Armani Prive dress. It looks so fabulous and I can’t seem to find the perfect word for it. That’s how I love the dress she wore that night. The Zero Dark Thirty best actress nominee completed the outfit with Christian Louboutin heels and Harry Winston jewelry.

Amy Adams hit the red carpet with husband Darren Le Gallo. The 38-year-old actress looked so fab with what seems a princess inspired Oscar de la Renta gown, though it would have been better in another color, IMHO. To complete the look, she just chose simple Mouawad jewelry as accessories. Gotta love her updo as well.

Renee Zellweger shows off her curves with a body-hugging. gold-sequined Carolina Herrera gown. If the front style and design of her gown doesn’t impress you, then check out its back… To really highlight the elegance of her outfit, she complemented it with ruby and diamond bangles by Van Cleef & Arpels designers.

Who would forget Jennifer tripping off the stage on her way to pick up her Best Actress trophy? Well, that’s one of the event’s highlight as was her elegant Dior gown…we were just glad she didn’t went home with a crutch as Kirsten did. 🙂 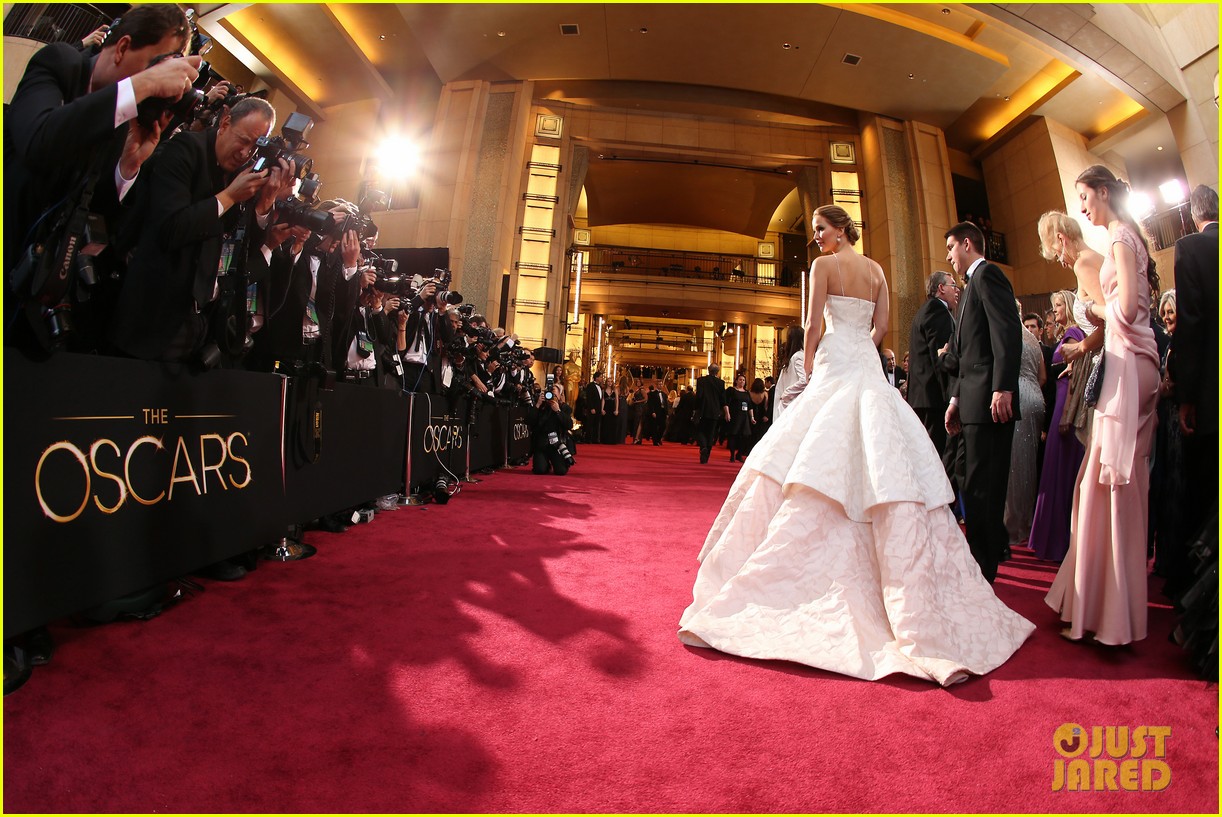