The Grammy Awards. Since 1959, has recognized artistic works of musicians, songwriters, singers and everyone else involved in producing a piece of music that we enjoy then until today. I am  a fan of many artists who happen to be recipients of a gramophone trophy too. One by one, my husband and I are trying to see their performance once they get some concert scheduled up near our place.

We have lined up some that we ought to see this year, some we’ve already booked. 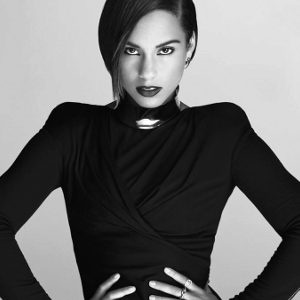 Girl is on Fire Tour

Pink, May 21, Zurich. Pink along with breakthrough artists of the year 2000 has been a constant background music for me and the kids when we go blue. It would definitely be fun to see her perform now that we have somehow “aged” simultaneously. Pink has bagged 3 Grammys along with many other recognition.

Alicia Keys, June 13, Vienna. Alicia Keys rank number 4 on the list of Most Grammy Awards won by a female artist having bagged 14 to date – that’s just the Grammy’s baby, she has a long list of other awards to boast. We love that she’d be visiting Vienna in spring, booked!

Beyonce, July 1, Los Angeles. Beyonce is on top of Keys on the list of Most Grammy Awards won by a female artist with 17 gramophone trophies. And there’s a long list of other awards too that she has gathered in a short period of time. Though this concert of hers would be in LA, we still plan on seeing it and at the same time visit friends living around the state.

Bruce Springsteen, July 24, Leeds. Bruce Springsteen has won 20 Grammys, he also ranks number 6 on the list of artists with most nominations. For a career spanning 44 years, it is but proper to get tickets to see Bruce Springsteen this year. It would be a big waste to not see the Boss soon as he goes on a tour this summer – in the UK too!

Bruno Mars, October 24, Vienna. Being new to the Grammy winner’s list, Bruno’s visit to Vienna is a welcome event…although he is set to perform in autumn this year, booking is never too early.We wouldn’t want getting the tickets sold out on us! Although this is not a problem with online marketplaces reselling tickets.

Adele and  Alanis Morissette are two other artists I would love to see perform but I haven’t seen their concert schedules at the moment. Would appreciate it if you can lead me to them. ^_^